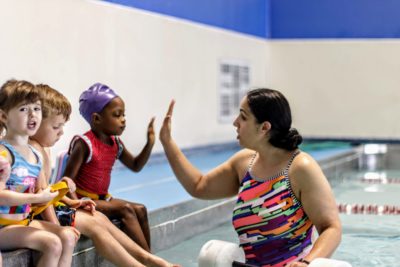 Anita grew up swimming competitively from the ages of 6 through 18 in Frankfort, IL. Her main event was the 500 meter race. After high school graduation, she earned a Bachelor’s Degree in Psychology at the University of Indiana. There she also provided swimming lessons and was a lifeguard at the YMCA in South Bend.

Anita moved back to Illinois 12 years ago and joined the The Clubs at River City team in 2016 as the Aquatics Director. She helps coach the summer swim team, River City Rapids, and teaches many of the group lessons, as well as private swim lessons for people of all ages – infants to adults. Anita is a certified water aerobics instructor and teaches the Aqua Hitt class every Wednesday morning.

When she is not at The Clubs at River City, she spends time with her family which includes three children – Madison, 19; Elizabeth, 16; and James, 13. 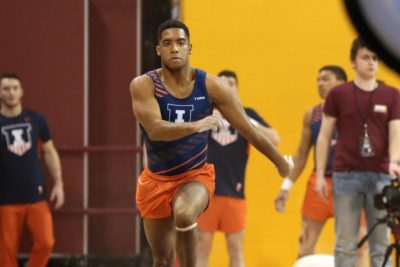 Fred started his decade of vigorous gymnastic competitions in Georgia where he earned several state titles.  He performed at a level taking him to both the Regional Tournament and the National Tournament each year he was eligible.

Fred is a graduate of the University of Illinois where he was a key member of the Division I Gymnastics Team.  There he claimed two Big Ten vault titles and an NCAA Title.  He was also Freshman of the Year for the University’s entire athletic department.

Fred has a large family with 9 siblings and enjoys spending time with friends when he’s not coaching at The Clubs at River City.  He is happy to be able to give athletes an opportunity to compete in the sport they love and hopes to help them achieve skills that will allow them to compete at a collegiate level.